You are here: Home / She just needed a chance.

Kendra was raised by her single mother, and although she was provided necessities such as food and clothes, her childhood was difficult because of her mother’s mental health issues and criminal offenses. Things came to a tipping point when Kendra became pregnant with twins at age 18 and her mother kicked her out of their house.

The father of the twins was not a resource for support. Fortunately, Kendra’s best friend and parents allowed her to stay in their home through the birth of the twins. Once the baby girls were born – healthy but premature – Kendra found herself out of options. That’s when she and her newborns came to Cornerstones’ Embry Rucker Community Shelter (ERCS).

Kendra worked full time at a local restaurant while staying at ERCS. She was grateful for the stability afforded her family through temporary shelter and took advantage of services and supports that Cornerstones could offer such as employment counseling, housing search assistance, hot meals, bus tokens, clothing and diapers for the babies; but she and her daughters needed a home. 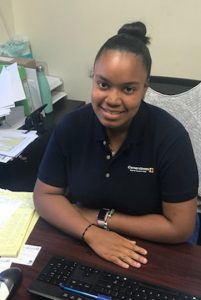 Cornerstones, established almost 50 years ago to provide affordable housing in the community, now owns 105 housing units that become homes to families experiencing homelessness, have low incomes, and face other barriers to stable housing, such as bad credit or high debt – a situation all too common for low-income families in this area who often pay 50 percent or more of their income toward housing costs, leaving little or nothing for basic needs such as childcare, transportation, and health-related expenses.

Unfortunately, due to previous violations of lease terms by her mother when Kendra was still living under her mother’s roof, Kendra was denied a federal housing voucher that would ensure her rent was affordable. Nyiema Gambrell, Kendra’s care manager at ERCS, reached out to her colleague, Gillian Phillips, a care manager for Cornerstones’ Housing Program, requesting her support for Kendra at an appeal hearing to reverse the voucher denial. 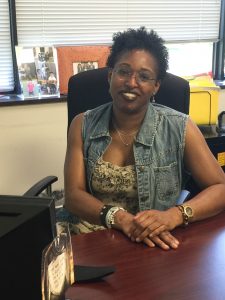 Gillian became an advocate for Kendra at the appeal hearing, making a convincing argument that Kendra deserved a chance at success based on her own goals and potential, not based on her mother’s history while in public housing.

Kendra also advocated for herself at the hearing. She expressed several times that she is committed to building a better life for herself and her girls. Kendra also brought her best friend to the hearing as a character witness to her trustworthiness and commitment to being a good mother to her children.

“Often times, families we serve who are in crisis simply need someone who cares enough to advocate for equity and justice. And, one of the best things we can do is build their confidence and their sense of ownership and self-advocacy,” said Gillian. 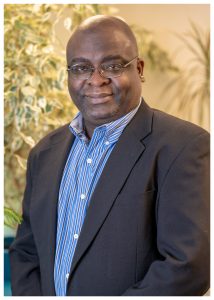 Kendra just needed a chance. Wayne Matthews was the one who could make that chance possible.

Wayne is a Housing Services Specialist and Inspector for the Compliance and Inspections Division of Fairfax County’s Department of Housing and Community Development. He was the housing officer to rule on Kendra’s voucher denial appeal.

A 17-year veteran of housing services, Wayne is known to be tough when it comes to issuing vouchers: “There are a lot of needs, and a voucher is not something we want to give to someone who doesn’t appreciate its value. When I approve a voucher, it’s often with conditions to support the overall welfare, health and safety of these individuals. For example, if a victim of domestic violence is applying for a voucher, I want them to know a new home is only part of the path to stability. I’ll require counseling and other supportive services as well.”

Granting a reversal of a denied voucher is rare, but Wayne found Kendra’s story compelling. He understood that it wasn’t fair for her to be penalized for her mother’s actions. “Gillian was a great advocate for Kendra, and Kendra was forthcoming. She even brought her friend to testify on her behalf. Not everyone is like this,” he said. Wayne granted the reversal of the denial decision that very day.

Kendra has been in her Cornerstones home for one year. When it came time for her home inspection, Wayne wanted to be the one to do it. “I wanted to see how she was doing with the chance she had been given. I was hopeful.”

Home inspections are stringent. The assessment includes everything from the outside of the home to every room inside the home; ceiling to floor; appliances to toilets.

When Wayne met Kendra at her home, he was impressed. “You can tell when a house has been cleaned just for an inspection or when you see a home that is maintained,” he said. “It was immaculate. Everything was in its place, even with having young twins in the house.” 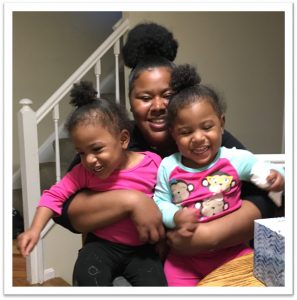 Kendra with her daughters

Wayne says that Kendra is using the program exactly for what it was intended. “She might stumble, but we all do sometimes,” he said. “Kendra has shown great maturity for such a young age. I know she’ll keep going.” He encouraged Kendra to “take things one step at a time.”

Kendra has maintained her job at the restaurant and has even received a small raise. She has been consistent with rent and utility payments. She had one problem with her electric payment during this time and advocated for herself with Dominion Electric to get the problem with her bill resolved without assistance from her care manager. Her twin girls are now two years old and are walking and talking. Her home stays clean and organized and she routinely passes her inspections. Kendra works double shifts to make additional money, and her goal is to complete her G.E.D. and get her driver’s license. In the meantime, Kendra works hard at being a good mother and creating stability for her girls.

“The greatest reward for a care manager,” said Gillian, “is to hear a mother like Kendra speak up for herself and say, ‘I’m worth it. I can do this!’”