You are here: Home / Valora’s Story 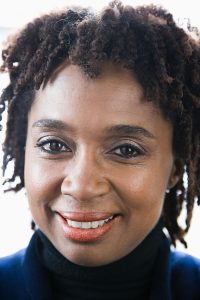 Enabling people to feel “hope for tomorrow today” is the core of Cornerstones’ mission. We want those who come to us for help to know that we understand their need and desire to enjoy the dignity of self-sufficiency. We want them to feel a very real sense of hope that this is possible. One of the principal ways Cornerstones achieves this is by building connections for our clients: connections with us, with partner organizations, with volunteers, and with the broader community.

Creating or expanding the web of connectivity for the most vulnerable also builds a safety net for their future, should factors beyond the control of our clients throw them back into crisis. Unfortunately, such factors are an ever-present danger for many within our community.

Valora’s story is one of courage and resilience in a life journey that has been marked with many of the indignities that one human or group could inflict on another. Her story speaks to political asylum, war, mis-treatment, and then, if that is not enough to crush one’s spirit, a life-threatening medical crisis affecting a child.

Valora was born in exile, in a country where her parents had taken refuge when political instability and ethnic conflict in their native land threatened to put their lives in danger. They returned to their homeland after a short but brutal and widespread war there was crushed and a new political regime was established that claimed to seek stability.

By dint of hard work and determination, Valora finished high school and started working, but she always felt an unease about the political environment. Her head full of dreams of life in a country where stability was real and not tenuous, Valora asked a relative to help her find employment abroad. With her strong English language skills and his personal connections, he arranged for her to accompany him to the U.S. to work at a business owned by his friend. The plan was for Valora to go there first and have her children follow on shortly thereafter. It was actually seven years before Valora saw her children again.

When reflecting on her time with her relative, Valora shudders with distress at the memory of what she endured: “I wasn’t paid what they said I would be paid. I was forced to live with [the man she worked for]. I didn’t have a life.” And the ace in her tormentor’s hands? The threat that he would not help her children get passports so they could join her in the U.S.

After 18 months of misery, Valora escaped to the home of a woman whom she met through the business.  It was a terrible risk – she was undocumented, she didn’t have her passport, she couldn’t go back home (though she might be forced to return if caught by the INS), and she faced the possibility that she might never see her kids again – but she could not stay in that situation. And so she made a plan.

Valora’s friend immediately put her in contact with a local organization that specializes in helping asylum seekers. With the help of the organization’s team of pro bono lawyers, Valora was issued a temporary work permit. One box checked.

Without any credentials except her word that she had completed high school, Valora knew that finding work would be difficult; but her strong English language skills and a good reference from her friend enabled her to find work as a caretaker for an elderly person. She now had an income; another box checked.

Valora’s friend had been very supportive, but she didn’t have much space in her home and Valora knew she had to find another housing solution. She applied for help from a local nonprofit and was offered a temporary apartment and help from a care worker. She had a place of her own; but she wasn’t quite ready to check that box yet.

When the opportunity came along to move into more stable accommodation, through the Cornerstones Partnership for Permanent Housing program, Valora jumped at it. It was at this point that she became connected to a dedicated Cornerstones professional whom Valora describes as “my friend care manager”.

“She was just amazing,” Valora insists. “She helped me with so many things: budgeting, planning for my future, getting books for classes, parking passes, food stamps…everything.”

Valora started working at a new care facility for seniors and found the work very fulfilling. She began to take certification classes that would help her advance: “I would get an extra dollar per hour with each certificate I had!” she remembers with a smile.

As Valora was working with her Cornerstones care manager to create a more self-sufficient future, she was also working with lawyers to try and get her kids to the U.S. She got the news they were coming at long last. The biggest box checked; everything in life was looking up.

And then, a crisis.

Shortly after the children had arrived and reunited with their mother, her eldest son started having terrible seizures, sometimes up to four times a day. Valora was distraught. Two months later, he was admitted for surgery to remove a huge tumor from his brain. Valora remembers the shock of it all and the fear that, “if he had not come when he did, he would be dead right now”.

Valora realized that she was falling into depression. While she had achieved so much in the few years since coming to the U.S., the magnitude of what she had gone through started to overwhelm her.

She made a decision to quit work, spend time with her children, and go back to school and study to become a nurse. The fact that Valora was pursuing her education enabled her to receive subsidies to help her take care of her family. In addition, she volunteered 20 hours per week at a local thrift store. With continued support and encouragement from her Cornerstones care manager, including help to attain a new home through the Cornerstones housing program and develop a financial plan and budget, Valora’s depression lifted and she began to feel hope for herself and her family again.

A year and a half later, with her son now fully recovered, Valora realized she needed to get back to work to try and finish her courses on the side. She applied for a position with the same agency she had worked with before. She was hired immediately. “They remembered me!” Valora says, smiling. “They knew I had good references and they even increased my salary to $15/hour!”

While she is disappointed that she has not finished her coursework and reached the point where she can apply to nursing school, Valora nevertheless declares, “My dream hasn’t died.” For now, though, she has had to put it on the back burner to manage other priorities in her life, not least her children’s busy schedules.

With three years to go before her lease expires, Valora is working with her Cornerstones care manager to develop a plan for working toward a new goal: purchasing her own home. “By the time I leave here, I will be fine and will manage on my own. I don’t even need Medicaid anymore because I have insurance through my job.”

As the conversation wraps up, Valora gasps as she sees her son drink from a can of soda. “I never buy soda…but we had a party last week and so this is left over.”

And the cause of the celebration? Her eldest daughter’s full-ride scholarship to an Ivy-league college!

“When I think of what she has been through,” says Valora, bowing her head to hide her soft smile, “I am very proud.” Her daughter came to this country with no English and yet within a year she was taking AP classes in high school, participating on the school track team, and volunteering at the Holocaust Museum.

When her daughter mentioned to the Cornerstones care manager that she wanted to go to college, the care manager immediately connected her to a Cornerstones volunteer who readily agreed to mentor the young lady and prepare her for the rigorous schedule ahead. And that connection reaped a great reward.

Indeed, as we walk to the door of her small, but well-kept townhome, Valora wholeheartedly agrees: “Connections are so important when you are in our situation. Cornerstones connects you to whatever you need.”

Cornerstones respects everyone who comes to us for help — and many are working toward a fresh start in life. So, the client’s name and image have been changed to protect her privacy. Thank you for understanding.